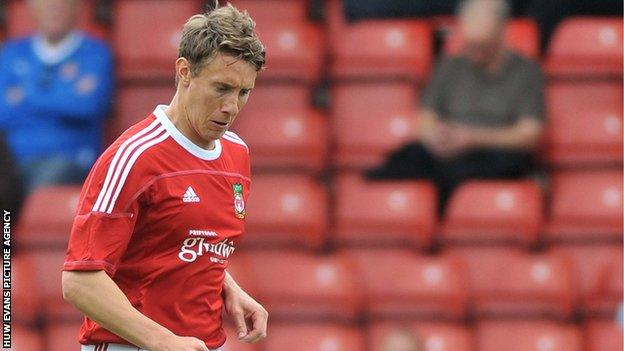 Wrexham missed a chance to reclaim top spot in the Blue Square Bet Premier as they were held to a 0-0 draw at the Racecourse Ground by Luton Town.

Tyler then again denied Adebola from long range in the 66th minute.

Stephen Wright almost stole it for the Welsh side with 10 minutes left but he headed wide from six yards out.

Mansfield took over from Wrexham on top when they won 2-1 at Forest Green on Friday.

But Wrexham and Mansfield are now due to meet on Tuesday in a top of the table battle at the Racecourse Ground.

"I think there was only one team that was going to try and win it. We just didn't have that guile in the final third to create a good opportunity to score. We had a few set-pieces in the first half cleared off the line.

"In the final third we didn't have the movement and the fluency of previous games but it was difficult.

"They made it hard for us. [It's] another point to where we want to be but obviously we could have done with three."

"It's small steps and when you tinker with things sometimes it doesn't go how you'd like it to.

"But it's important for me to see all the players because at the end of this season there are decisions to make.

"Today I thought we were very controlled, very disciplined, very competitive and I thought a draw was a fair result."