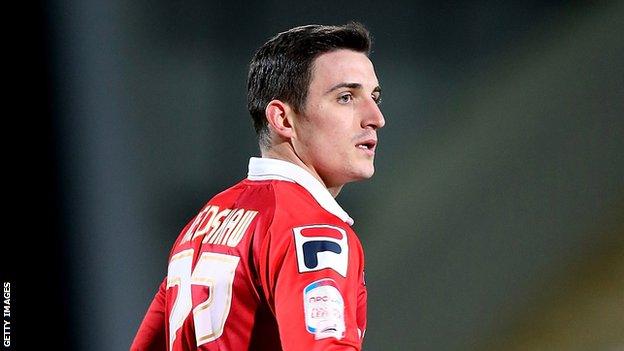 Gillingham's lead at the top of League Two was cut to four points after they had to settle for a draw at Morecambe.

Jack Redshaw put the Shrimps ahead just before half-time, flicking the ball past Stuart Nelson.

Bradley Dack equalised shortly after the break, capitalising after Morecambe failed to clear their lines.

Gillingham could have taken all three points but a long-range piledriver from Matt Fish went narrowly over and Dack headed just wide.

Morecambe goalkeeper Barry Roche could have been sent off in the fourth minute, but referee Gary Sutton decided to award a yellow card when the 30-year-old handled outside the box.