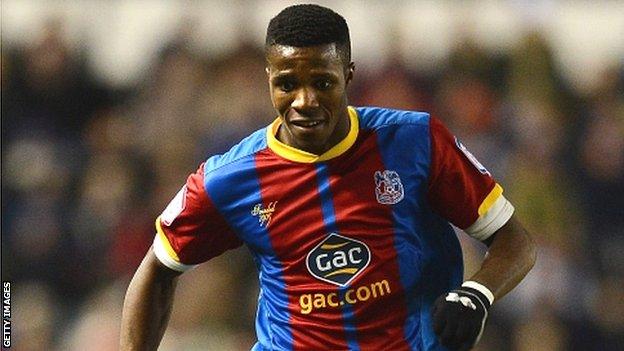 Crystal Palace winger Wilfried Zaha has apologised for a gesture he made towards Leeds fans during Saturday's Championship fixture at Selhurst Park.

Zaha was taunted over his impending transfer to Manchester United and responded by raising his middle finger towards the travelling support.

But he tweeted on Sunday: "I want to apologise for the gesture I did towards the Leeds fans in yesterday's game. Very unprofessional from me."

In January, the England international to join Manchester United. As part of the deal, Zaha will remain on loan at Palace for the remainder of this season.

Manchester United and Leeds remain fierce rivals despite the Yorkshire club's relegation from the Premier League in 2004.