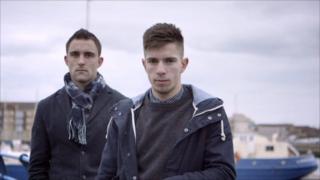 Hartley and Poole: The great escape?

BBC Late Kick Off in the North East and Cumbria meets Hartlepool's appropriately named Peter Hartley and James Poole to discuss the club's bid to avoid relegation from League One this season.

The pair have been integral members of a Pools side which, under first-team coach John Hughes, has lifted off the bottom of the division to mount what in December seemed to be an unlikely survival bid.