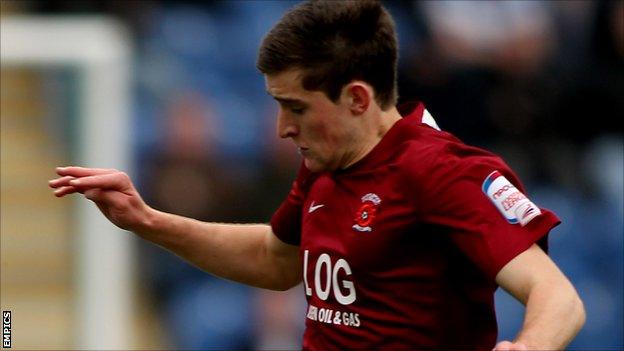 Hartlepool utility player Jack Baldwin has been ruled out for the rest of the season after a scan revealed medial ligament damage in his right knee.

The 19-year-old has operated in defence and midfield for first-team coach John Hughes, who is disappointed to lose his services for the remainder of 2012-13.

"We've got what we've got in terms of squad, we've been unfortunate we've had injuries," Hughes told BBC Tees.

"Jack will be out for the season and we'll have to shuffle the pack."

Baldwin, who had made 28 appearances this season, scoring twice, had started the last nine games.