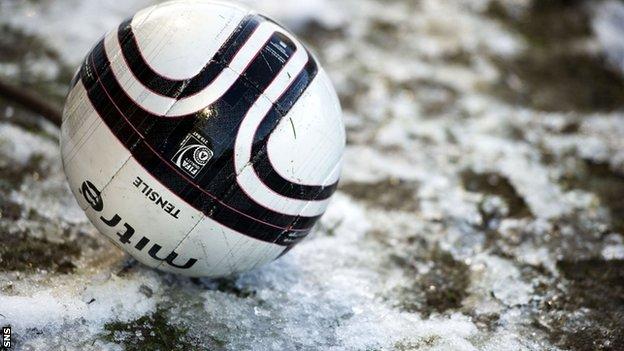 Only one of Tuesday's four scheduled Scottish Football League matches has survived the freezing weather.

Partick Thistle's trip to Raith Rovers was called off on Monday, with Hamilton v Dumbarton failing a pitch inspection on Tuesday afternoon.

Brechin City have suffered yet another cancellation, with their Second Division fixture with Albion Rovers postponed.

Brechin sit third in the table and have five games in hand on Alloa Athletic, who are 10 points better off in second place.