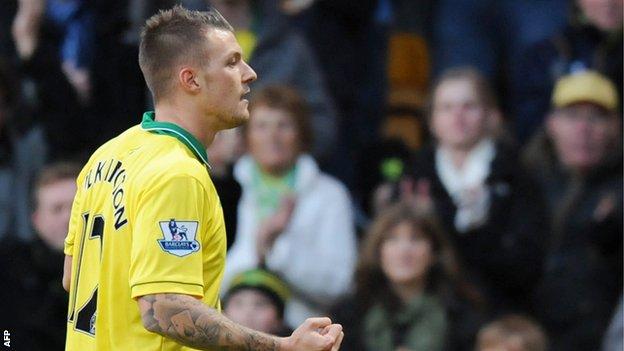 Norwich City winger Anthony Pilkington has been ruled out of the Republic of Ireland's World Cup qualifiers against Sweden and Austria.

The uncapped Pilkington sustained a hamstring injury in Norwich's 0-0 draw against Southampton on Saturday.

All the other members of Giovanni Trapattoni's 29-man provisional squad appear to have emerged from their weekend games unscathed.

Trapattoni is scheduled to cut his squad to 23 for the two qualifiers.

The Republic face Sweden in Stockholm on 22 March before facing Austria in Dublin four days later.