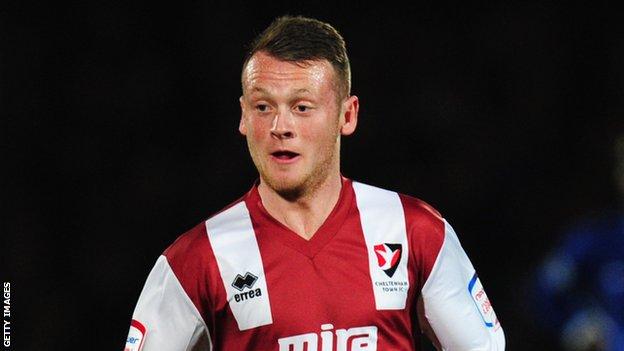 Reading midfielder Jake Taylor believes his loan move to Crawley will prove to be important in his development.

The 21-year-old's loan move to the Red Devils was his fourth loan away from the Madejski Stadium in two seasons.

"It's important for young players like me to get as much experience as possible and go back to your club a better player," Taylor told BBC Sussex.

"Playing three games in a week is going to help me, so it's a good thing to come out on loan."

He continued: "I've been there (Reading) a long time, since I was eight. I made my debut a few years ago and obviously we're in the Premier League now, so it's a lot more difficult to break into the team with the squad we've got.

"Coming here, I'm trying to improve and learn off other players. As long as I do that, everything else will fall into place."

Taylor has played in all three games since moving to the Broadfield Stadium, which has seen the club pick up five points from a possible nine.

However, their play-off hopes appear to be fading as they lie 10 points away from sixth place, but Taylor feels that the club have been unfortunate over recent weeks.

"What we need is a little bit of luck in and around the area, and I'm sure that will come," Taylor said.

"If we keep working hard, and the boys know you earn your own luck. Sooner or later it will come, and when it does, it will be good."