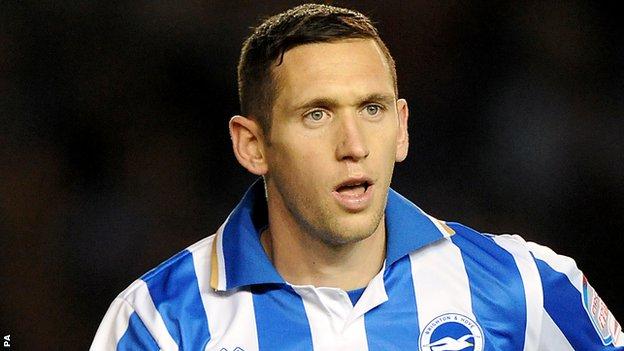 Brighton midfielder Andrew Crofts feels he will come back stronger after being plagued by injuries this season.

The 28-year-old has had two long-term spells on the sidelines this campaign, missing a total of around four months.

"It's been a tough season as I've never really been injured before," the Wales international told BBC Sussex.

This club is built for good things, but we've got to be the ones to do it

"I think this experience will make me stronger - there's a hunger that comes when you see the boys play and not being able to help."

Crofts played his first match since mid-January in Saturday's 1-0 defeat at Bolton, which leaves the Seagulls a point adrift of the play-off places.

But the former Norwich man is relishing the opportunity his side have to achieve promotion to the Premier League this season.

"It's exciting," he continued. "I think for anyone who is involved in it, it's always great.

"We've got a real good chance to do something this year. This club is built for good things, but we've got to be the ones to do it.

"We've got a really good side and we're just looking forward to the last 10 games, and hopefully more after that."