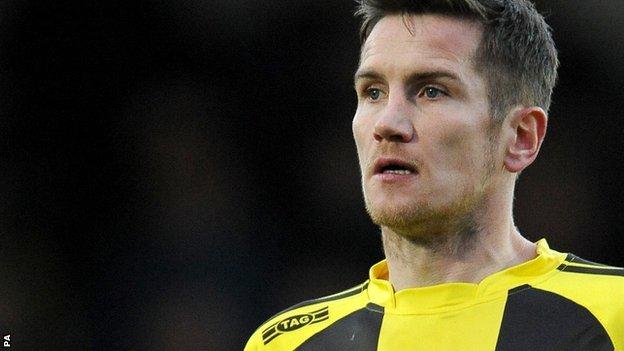 Burton Albion midfielder Lee Bell has signed a new contract which keeps him at the club until the summer of 2014.

Bell, 29, joined on 12-month deal at the start of the season and has played a key role as the Brewers have climbed into the League Two promotion places.

He said: "It's a fantastic, well-run club. The manager and players are ambitious so it's great to be part of a club that is moving forward.

"It's good to have my future sorted and now it's about focusing on the run-in."