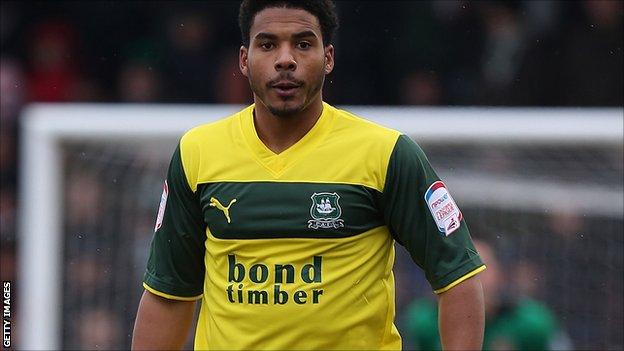 Plymouth moved two points above the drop zone as they beat Southend, who remain six points off the play offs.

Jason Banton's goal was ruled offside as Pilgrims team-mate Paris Cowan-Hall touched the ball on its way in.

But Paul Wotton's penalty opened the scoring after Bilel Mohsni brought down Joe Bryan before Reuben Reid made it 2-0 with a low shot from inside the box.

"Very disappointed. We've had three home games against three of the bottom teams and we've come out with one point. They were our bankers as far as chasing the league was concerned.

"Every time we lose a goal we seem to lose so much confidence. Is it the cup final that is playing on our minds? I'd hope to think it wasn't that.

"They looked jaded, heads were down very, very quickly. It's soul-destroying.

"We didn't look as if we had the energy to chase the game. Our season is fizzling out. I'm just exasperated, we've all seen how good this team can perform."