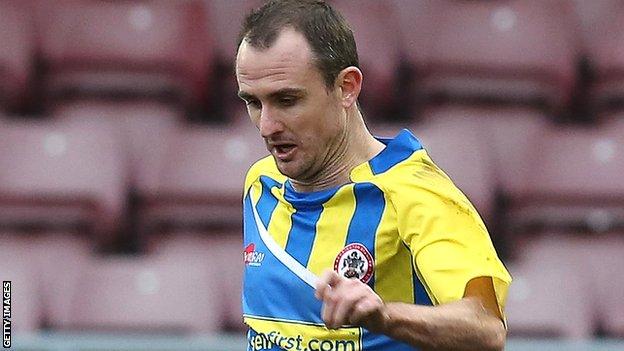 Francis Jeffers scored twice as Accrington beat AFC Wimbledon to move off the bottom of the League Two table.

The former England striker curled his first goal into the top right-hand corner and then headed past John Sullivan after his shot was saved.

Laurence Wilson set up Will Hatfield as the hosts moved two points clear of the drop zone, with Wimbledon only two points further ahead in 18th.

Lee Molyneux fired past Sullivan from the left-hand side to complete the win.

Kevin Sainte-Luce had the visitors' best chance in the second half but saw his shot rebound off the post.

"We've come up against a good Wimbledon side and, for the full 90 minutes, I thought we were outstanding. We thoroughly deserved the 4-0 win.

"Some of the football we played was excellent. The result and performance has been coming for a while. That's come after a few good performances of late."