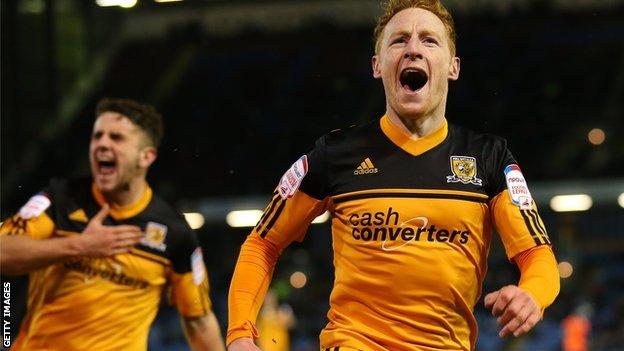 Hull City boss Steve Bruce was happy with the "resilience" his side showed in their 1-0 win at Burnley on Monday.

The Tigers had lost their last three away games and conceded nine goals in the process.

"We wanted to make sure that we kept a clean sheet and we worked on that all week. There was more resilience about us," he told BBC Radio Humberside.

"We were far more resolute and tough than we have been and it has worked. Credit to the players because it wasn't easy at all.

"We've got a group who are capable of mounting a challenge and we've given ourselves a wonderful opportunity now."

A second-half strike from midfielder Stephen Quinn gave Bruce's side all three points at Turf Moor.

The former Birmingham, Wigan and Sunderland manager praised the attitude of the ex-Sheffield United man.

"It can be asked if he scores enough goals because he is a good finisher when he gets there," he added.

"I'm delighted for him because he trains every day as if it is his last and he's been a terrific signing."