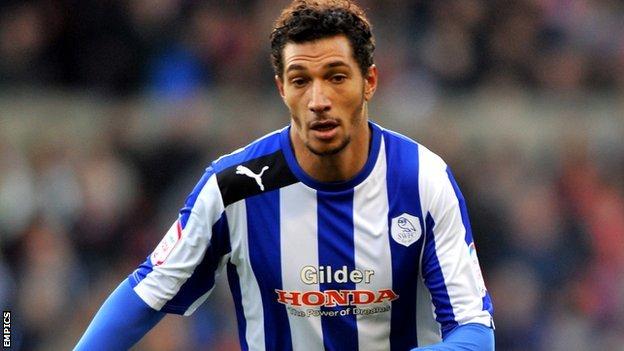 QPR striker Jay Bothroyd has admitted he "did not enjoy" his loan spell with Sheffield Wednesday this season.

The 30-year-old scored just one goal in 14 appearances for the Owls and was involved in an argument with some of the club's fans on Twitter.

Bothroyd was on the losing side in 11 of his 14 matches for Sheffield Wednesday.

Bothroyd told BBC Radio Wales: "I didn't enjoy my loan there at all, I was played out of position.

"They're a League One club that got promoted and their fans need to understand that."

He continued: "As much as they have a lot of history and they've had some great players, the bottom line is they've come from League One and they need to consolidate this season."

Bothroyd, who won an England cap against France in 2010, has scored three goals in five games for Harry Redknapp's Rangers since returning to Loftus Road.