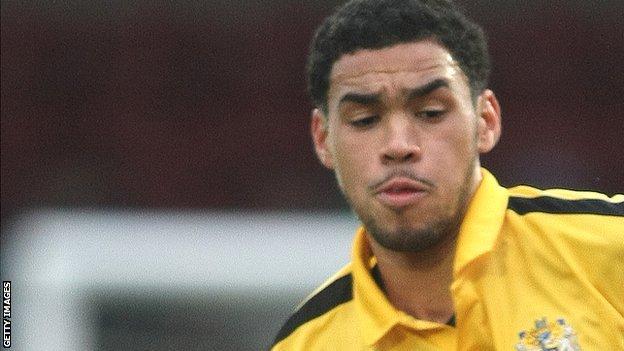 The Reds had an undisclosed bid for Rose rejected by the Blue Square Premier's basement side in January.

Manager Nicky Law said: "We had competition, but he wanted to come to us and play games. I would also like to thank Telford for helping us out financially to get the deal done."

The 23-year-old has made 34 appearances for the Bucks this season.

Rose began his career as a youth player with Southampton and has also played for Stockport County, Hereford United and Hayes & Yeading United

He is available for Tuesday's home game against Ebbsfleet United.