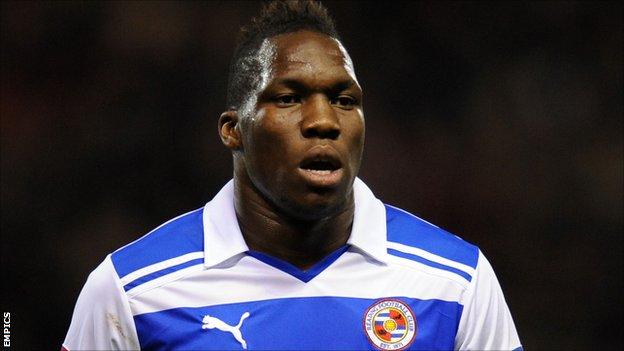 Carlisle United are close to a deal to sign French forward Mathieu Manset following his release by FC Sion, subject to international clearance.

The 23-year-old, who had a spell at Reading, left the Swiss club due to "irreconcilable differences" and has impressed in training at Carlisle.

"He has shown a fantastic attitude so far. He's a big, strong lad."

Abbott added: "If he does things right, he could put the shivers up a lot of defences."

Manset was brought to England for a spell with Hereford United, where he impressed enough to earn a move to Championship promotion hopefuls Reading in January 2011.

"I feel lucky to get another chance to play English football because it's been a long time since I've played here," he said.

"English football is the best football in the world. Greg [Abbott] has given me the chance to be here and I just want to prove myself."