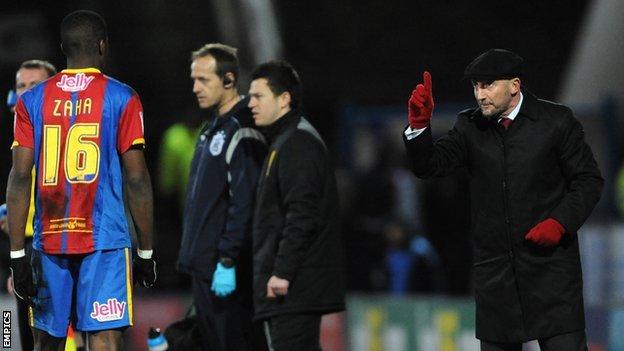 Crystal Palace boss Ian Holloway and winger Wilfried Zaha have been charged with improper conduct by the Football Association after Saturday's 2-2 draw with Leeds.

Holloway, 50, has been charged for alleged misconduct towards match officials at full-time in the fixture.

Meanwhile, Zaha, 20, could face action over a gesture made to Leeds fans, for which he has already apologised.

Both have until 16:00 GMT on Friday 15 March to respond to the charges.

England international Zaha agreed a move to Manchester United in January, but has been loaned back to Selhurst Park for the remainder of the current season.