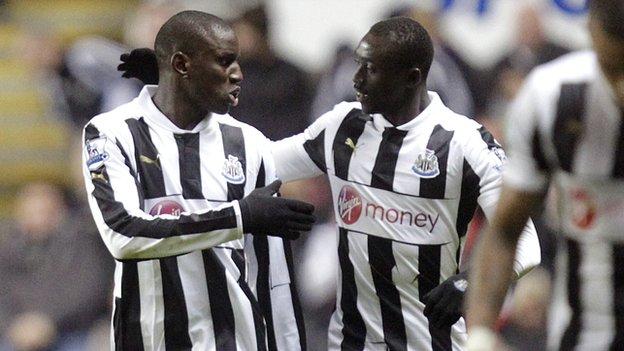 Former club-mates Demba Ba and Papiss Cisse will lead Senegal's attack in this month's World Cup qualifier against Angola after being named in a 23-man squad.

The strikers, who were at Newcastle before Ba's move to Chelsea in January, will play together for the first time in the qualifiers for Brazil 2014.

They are among a full-strength squad named by new coach Alain Giresse.

Frenchman Giresse, who took over the job in early January, told a news conference he had no reason to make any drastic changes to the squad for the 23 March tie.

He did, however, add defenders Pape Gueye and Lamine Gassama to the squad after they were not called up for last month's friendly against Guinea.

Senegal lead the group by two points but must play their home match against Angola in neutral Conakry, Guinea because of a year-long home ban after violence in Dakar last October during an African Nations Cup qualifier against Ivory Coast.