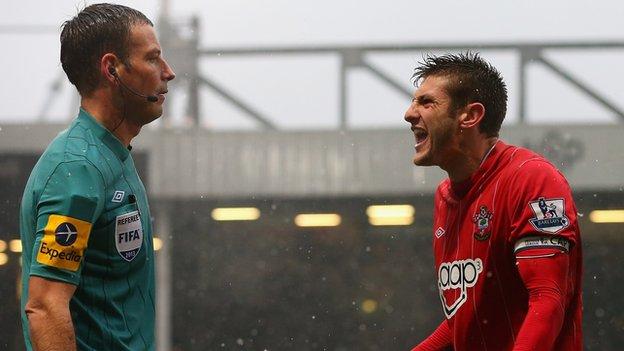 Southampton have been charged with failing to control their players following the award of a penalty during Saturday's goalless draw at Norwich.

Referee Mark Clattenburg was surrounded by players after awarding the Canaries a controversial spot-kick when Luke Shaw tripped Grant Holt in injury time.

Saints keeper Artur Boruc saved Holt's penalty to earn his side a point.

The club has until 16:00 GMT on Friday to answer the charge confirmed the Football Association.

A statement on the FA website said: "The FA has today charged Southampton with failing to control their players following the awarding of a penalty to Norwich during the match at Carrow Road on Saturday 9 March."