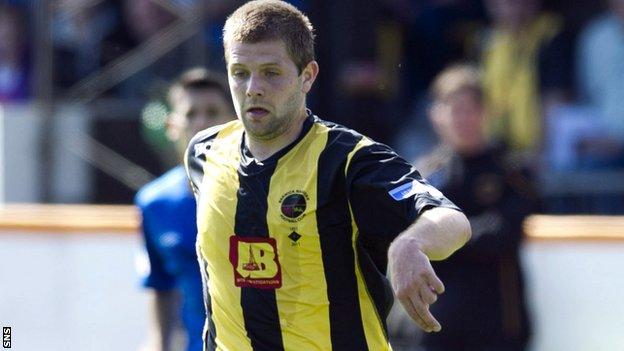 Berwick Rangers striker Dylan Easton scored direct from a corner as his side beat second-placed Queen's Park at Shielfield Park.

Easton netted his third goal of the season with an hour gone and Neil Janczyk got in on the act soon afterwards to make it five games unbeaten for the Wee Gers.

Berwick's Scott Dalziel hit a low shot which forced Neil Parry to save with his feet in the opening three minutes.

Fraser McLaren, looking to add to his 10-goal haul this season, was off target early in the second half as the hosts continued to control proceedings.

And their breakthrough goal came in the unlikeliest of circumstances when Easton's left-wing corner eluded everyone and found the bottom-right corner.

Easton turned provider to set-up Janczyk to stroke home the second from 12 yards within the final 15 minutes of the match.