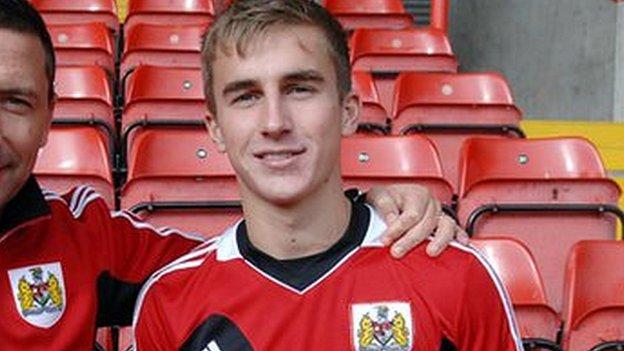 Bryan, 19, made his debut in the after agreeing a until the end of the season.

"He gives us that balance with the left foot," Sheridan told BBC Radio Devon.

"It just enables me to push Jason (Banton) up a little bit and gives me one or two more options."

Bryan made his first Argyle start just hours after joining the Home Park club, despite having little time to get to know his new team-mates.

"He's played 13 games in the Championship, so you could see he's a good footballer," added Sheridan.

"I thought I'd throw him in and I thought he looked balanced and didn't do a lot wrong.

"Hopefully by Saturday when he's trained with the lads and gets to know them he'll be a good addition.

"He's got something about him and he's willing to come, and Sean O'Driscoll's allowed him to come and play games and I think he'll add to what we've got."