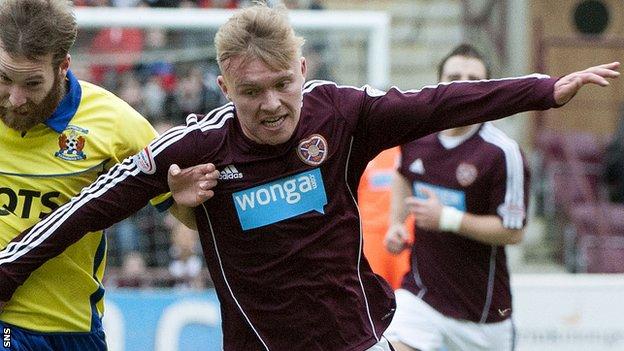 Hearts right-back Fraser Mullen will miss Sunday's League Cup final against St Mirren after being ruled out for the season with a broken foot.

The 19-year-old sustained the injury during last weekend's goalless derby with Hibernian at Easter Road.

The teenager made his debut in the Scottish Cup last season and has made nine appearances this term.

"Gutted is an understatement," he told the club website. "The injury couldn't have come at a worse time."

"I'll have an operation this week hopefully and then it will be all about getting back fitter and stronger for next season," he added.