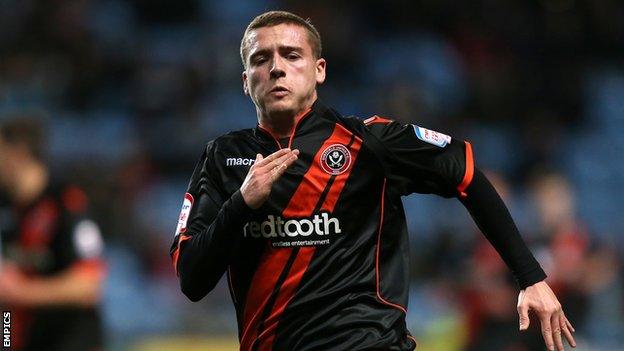 Torquay United have signed Sheffield United winger Jordan Chapell on loan until the end of the season.

He is the latest loan addition after and who are also staying until the end of the season.

"Jordan is quick, direct and the important part is that he knows the league," said Torquay boss Alan Knill.

''I live in Sheffield and when the United youth team had a good cup run, I watched a lot of their games and Jordan was one of the outstanding players.

''We lose Billy Bodin for two games next week because of duty with the Wales Under 21 side, so we needed somebody in.

"Jordan can play either wing or behind the striker, and he is technically very good."

Knill is hopeful that he can further his squad again before they travel to Southend for their League Two clash at Roots Hall.

"We are continually looking to add even further and I'm always hopeful of another new face at the top end of the pitch before Saturday, but we're waiting for phone calls," he added.