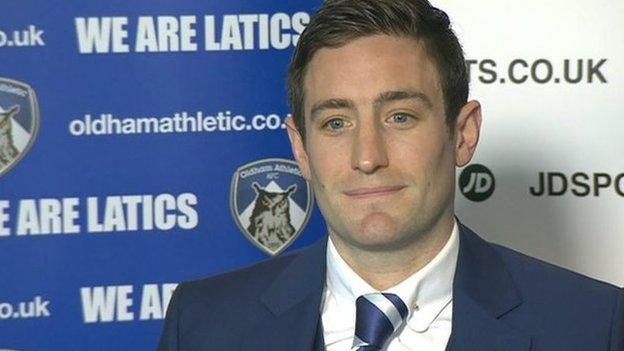 New Oldham boss Lee Johnson has thanked his players for responding to his appointment in a positive manner.

And his reign began in style as to move out of League One's relegation zone.

"It's early days but I feel they've bought into me straight away and that's a nice feeling," the 31-year-old told BBC Radio Manchester.

The problem is that she was scouting for the Yeovil game

"I'm so proud of the lads. I really feel it for them. I'm not that bothered about myself, although it's a weight off the shoulders to get that first win straight away, but I've been really backed."

"Of course you're a bit nervous going into your first job and doing your first team talks, because that's the sort of thing I haven't done," added Johnson, who takes his new side to Shrewsbury on Saturday.

"I'm just trying bring out the best in each player."

Oldham are one point and one place above the relegation zone and have at least one game in hand on all of the other teams in the bottom third of the division.