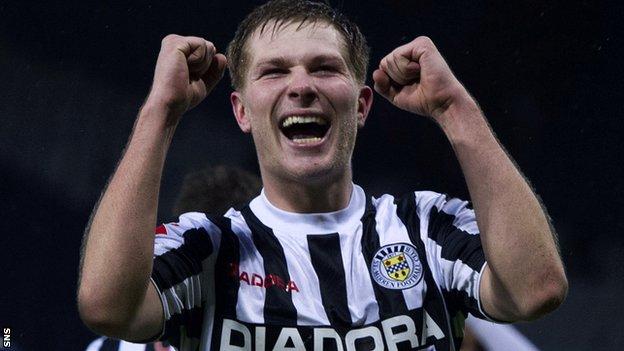 St Mirren defender Marc McAusland has signed a two-year extension to his contract, which now runs until the summer of 2015.

The 24-year-old came through the Paisley side's youth system and made his Scottish Premier League debut against Gretna in 2008.

A single season stint at Queen of the South followed before he returned to St Mirren in the summer of 2010.

McAusland made his 100th appearance for Saints against Inverness CT in January.

St Mirren manager Danny Lennon told the club's website: "Marc is a player who has both improved and proved himself over the last couple of seasons in the SPL.

"He has played his way into the team amidst stiff competition and is now a regular presence in our back four.

"We believe there is more to come from him as a player."