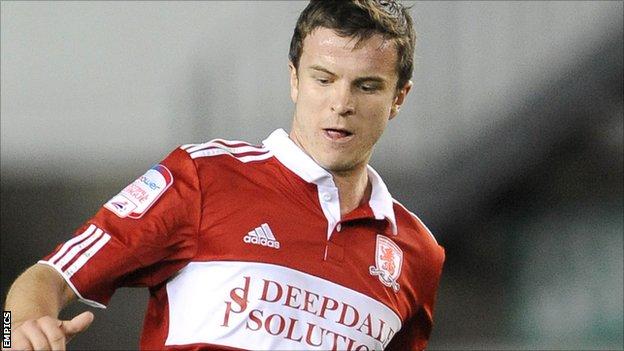 Since arriving at the Riverside, under Gordon Strachan's management in August 2010, Halliday has made 32 appearances.

Although he arrived at Middlesbrough as a winger, the Scot has played at full-back this season.