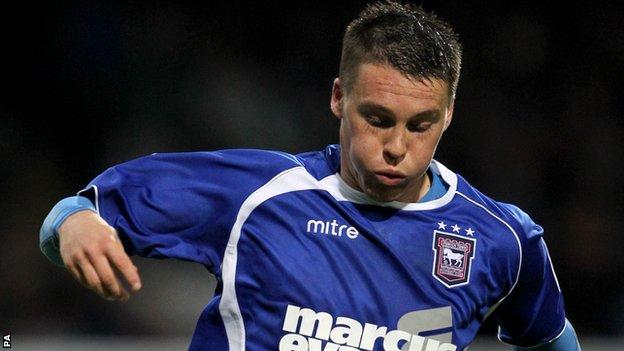 The midfielder signs for an initial month and is the League Two club's second signing since Nigel Worthington was appointed as their new manager.

The 19-year-old was given his international debut during Worthington's time as Northern Ireland boss and has gone on to win four caps.