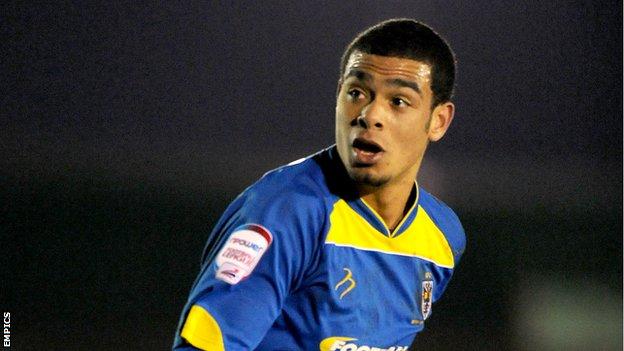 On-loan Aldershot Town striker Paul McCallum says he will focus on the job in hand when he faces former side AFC Wimbledon on Saturday.

The 19-year-old scored four goals in nine games during a spell with the Dons earlier this season.

He told BBC Surrey: "I made a lot of friends there and I still speak to the players. If we beat them and they have a bad spell they could get relegated.

As soon as we step onto the pitch, emotion has got nothing to do with it. We are all footballers out there

"It's not nice but it is a professional sport and I have to crack on."

"I was enjoying my time there and was scoring goals," the teenager continued.

"The team there was very good and I don't think they should be where they are in the league.

"I have been getting some tweets from Wimbledon fans saying I should take the day off but I am at Aldershot now so I have to try and get the three points for them.

"As soon as we step onto the pitch, emotion has got nothing to do with it. We are all footballers out there."

Last week McCallum joined Aldershot on loan until the end of the season and he scored his first goal for the Hampshire club in their 2-1 defeat to Burton on Tuesday.

The Shots are currently 21st in the table, three points above the bottom two, and McCallum is confident the club can go on and retain their Football League status.

"The players believe they are not going to get relegated and I believe that too," he said.

"If you went into the dressing room you would not think the club is near the bottom of the league. The spirit is good.

"It's good to be here and hopefully I can contribute more goals and we can stay clear of the bottom.

"Whoever gets the three points [on Saturday] will be a step close to safety so hopefully the fans come out in their numbers and get behind us."