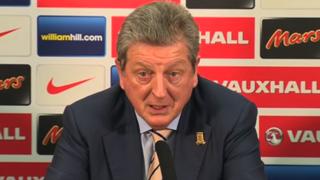 Manager Roy Hodgson says Rio Ferdinand is "the right man" to help England, after the defender received his first England call-up since June 2011.

The Manchester United player was left out of Hodgson's Euro 2012 squad last summer, but has now been recalled for the World Cup qualifiers against San Marino and Montenegro.

Hodgson believes Ferdinand could also be "a major candidate" for the World Cup finals squad should England qualify, and says he does not "envisage any problems" between Ferdinand and Ashley Cole after Ferdinand was fined £45,000 by the FA for comments on Twitter about the Chelsea defender.