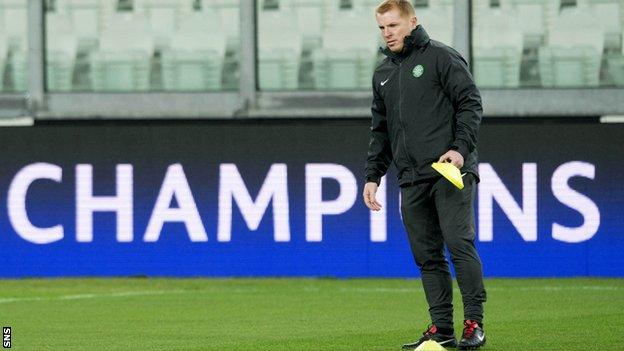 Celtic manager Neil Lennon would love the spending power of previous Old Firm managers but is realistic about the current financial climate.

Lennon guided his side to the last 16 of the Champions League this season before losing to Juventus.

And he is keen to bolster his squad ahead of next season.

"What I need is investment," he said. "If I can get £10m to spend on new players in the summer then we'll be even better."

Lennon, whose side are closing in on the SPL title and hold a 15-point lead, is eager to improve his squad but is realistic about his targets.

"This club is ripe: we've got really talented young players in the team. We haven't spent a lot of money; we've made a profit every (transfer) window and have cut the wage bill," he said.

"Sometimes, when you have that sort of cutback, then the quality is diluted at times and that's what we're seeing at the minute.

"Now, if I get the money that other Old Firm managers have had in the last 10 to 12 years, then I'll easily get more than 100 points (in the league) and make the last 16 of the Champions League on a regular basis.

"We're trying to not take our eye off the ball and what you'll see this weekend is a fresh Celtic team ready to go for the title."

Meanwhile, Celtic striker Anthony Stokes hopes to agree a new contract "over the next couple of weeks".

The 24-year-old's current deal expires in the summer and the Irishman is keen to remain at the club.

"I've spoken to the gaffer about it and it's something we'll try to iron out," Stokes said.

"I love it here and playing for the club. I'd love to stay. I just want to focus on my football."

Stokes, who joined the club from SPL rivals Hibs in August 2010, is back in the starting line-up after missing five months of the season through injury.

"My contract is up at the end of the year but there's a year option on it so, it's something to discuss over the coming weeks.

"That's all I really worry about, there's nothing you can do about outside influences. I just want to focus on my football and try to stay in the side."

Meanwhile, Celtic goalkeeper Fraser Forster has been named in the England squad for the upcoming World Cup qualifiers against San Marino and Montenegro.

Forster has broken into the England set-up under Roy Hodgson but has yet to make his international debut.