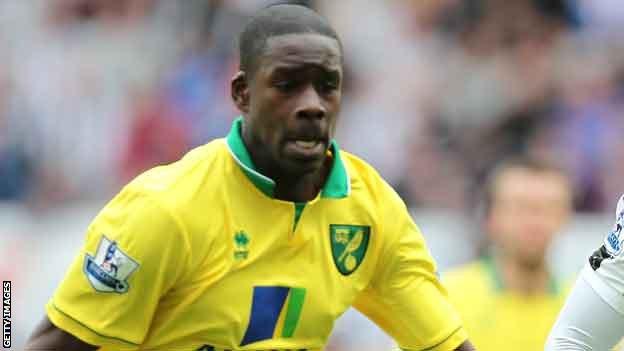 Barnett, 27, arrives after captain Mark Hudson's recent ankle injuries and will be at Cardiff until Saturday, 13 April, when they host Nottingham Forest.

Bluebirds boss Malky Mackay confirmed Barnett will be available for the Championship match at Sheffield Wednesday on Saturday.

Club captain Hudson and fellow central defender Ben Turner are both ruled out of Saturday's game with ankle injuries.

Barnett has made eight Premier League appearances for Norwich this season, the last of them on 8 December when they won 4-3 at Swansea City.

He has also made three FA Cup appearances.

Mackay added: "I've no doubt he'll fit in very well with the squad and I would like to thank [manager] Chris Hughton and Norwich City for their help in bringing Leon in.

"It's very much appreciated."

Barnett has previously played for West Bromwich Albion, Coventry City and had a loan spell at the Canaries in August, 2010.

He then became a permanent player at Norwich in December, 2010.