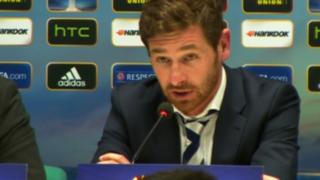 Manager Andre Villas-Boas says he is "sure" Uefa will take action over the apparent racist chanting that blighted Tottenham's Europa League match against Inter Milan at the San Siro.

The Portuguese coach describes the chanting as "easy to hear" and observes that it "happened before" in games against Inter Milan.

Villas-Boas admits Inter caused "lots of problems" as they forced extra time, before Emmanuel Adebayor's goal helped Spurs progress 4-4 on away goals after the second leg finished 4-1 to the Italians.