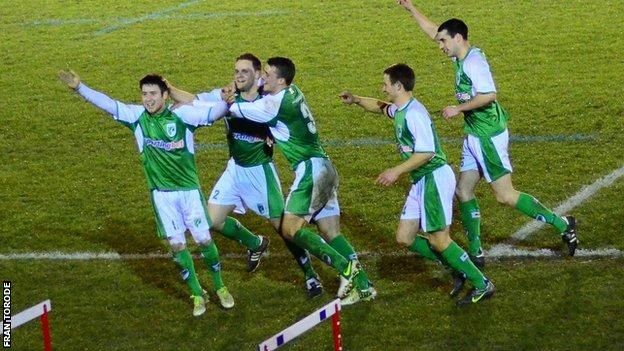 Guernsey FC will play 17 games in April as their fixture pile-up continues after making the FA Vase semi-finals.

There are three weekends where they will play consecutively on a Friday, Saturday and Sunday.

All the games are in the Combined Counties League Premier Division.

"In trying to allocate the remaining fixtures, efforts have been made to cause as little disruption to existing fixtures as possible," said the club in a statement.

Guernsey have only played 19 league games this season, in part because of their FA Vase campaign, but also

During that period, they only played two league games as their

Guernsey still have five more games to play this month, and if they beat Spennymoor Town over two legs in the FA Vase semi-final, they will have to play four games in four days over the first weekend in May.

The islanders then travel to second-placed Epsom and Ewell on Tuesday night before the home leg of their FA Vase semi-final next Saturday.