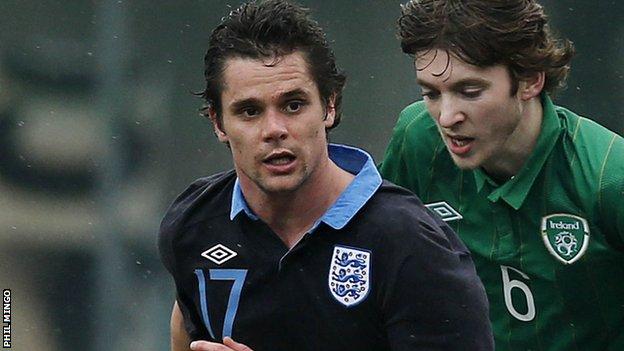 Jersey cruised to a 9-2 win over minnows Alderney in the Muratti vase semi-final to set up a meeting with Guernsey on 18 May.

Jersey were 7-0 up at half-time as Luke Watson and Jamie Savory each scored twice and Craig Russell, Jamie Mourant and Ben Gallichan found the net.

Alderney's Chris Johns got their first goal since 2006 to make it 7-1.

Jack Cannon and Jay Giles then scored for Jersey to make 9-1 before Jason Atkins bagged a second for Alderney.

"I felt we did the job that we asked the players to do. The intensity and the way we tried to pass the ball on a difficult surface was quite pleasing.

"I'm slightly disappointed with the manner in which we conceded the two goals, but all credit to Alderney, they kept on battling and kept their heads up and deserve a lot of praise for that."