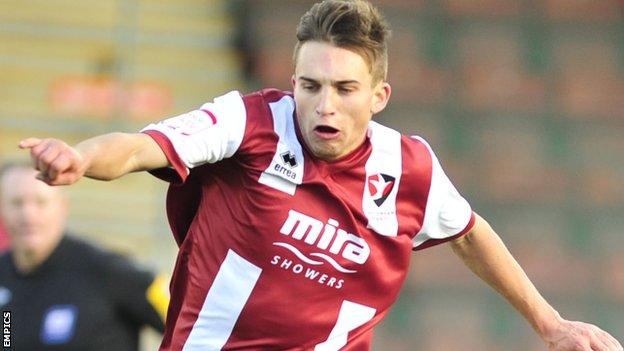 D'Ath spent much of last season on loan at Yeovil and had a two-month spell at Cheltenham this season.

He comes in after injuries to midfielders and Tommy Doherty.

He has played 16 games in League One, scoring two goals and made one appearance for Reading as a substitute in their in January last year.