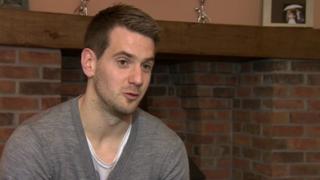 Heaton to keep head above water

Bristol City goalkeeper Tom Heaton reveals to BBC Points West that his first few months with the club were disrupted by his new house being flooded.

The 26-year-old, who arrived at Ashton Gate last summer following his release from fellow Championship side Cardiff, endured a difficult start to his Robins career, failing to keep a clean sheet in any of his first 29 games.

But having now avoided conceding a goal in more than 270 minutes of football, the former Manchester United trainee is hoping to guide his side to Championship survival.