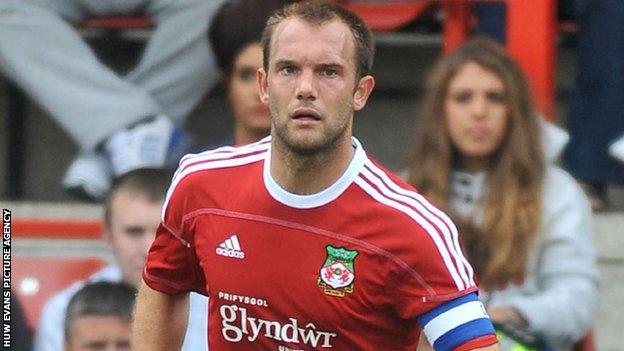 Wrexham have injury doubts over two players ahead of their home match with Luton on Saturday.

Defenders Neil Ashton and Dave Artell both picked up knocks in the 2-1 win over Lincoln on Tuesday and face Saturday morning fitness tests.

"It's the same for Dave... we'll check on Saturday morning and take it from there."

The match with Luton marks the start of a big week for Wrexham, with the visit of in-form Mansfield on Tuesday and the FA Trophy final against Grimsby at Wembley on Sunday, 24 March.

But despite the busy schedule Morrell says he's encouraging the players to focus on their next match.

"We've got Luton [first] so we'll forget about the rest of it and worry about Mansfield on Sunday, and then we'll worry about the final on Wednesday," he said.

"If we can be top going into that [the final] it would be great, but we've got two big games before that."