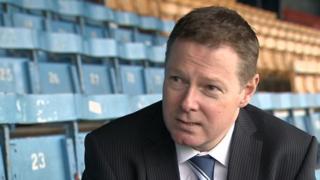 The Shrimpers are pushing for the League Two play-offs and have booked a spot in the Johnstone's Paint Trophy final, despite their off-field issues.

See the full feature on BBC Late Kick Off East on BBC One in the east on Sunday, 15 March at 23:45 GMT, after Match of the Day Two.