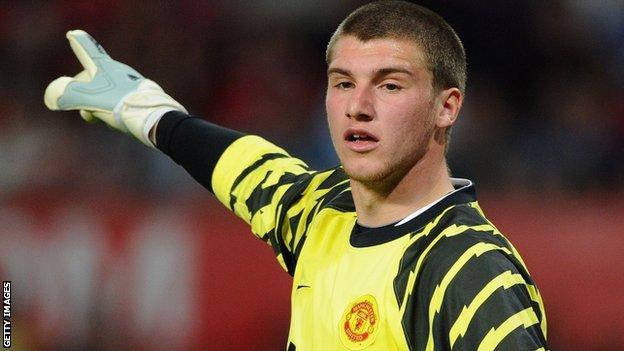 League One play-off hopefuls Walsall extended their unbeaten run to 10 games, but failed to claim a victory against struggling Hartlepool United.

Saddlers goalkeeper Sam Johnstone, who was making his debut after signing on loan from Manchester United, produced a fine stop from Antony Sweeney's header.

The draw lifted the visitors to eighth, three points off a play-off place.

Walsall, missing in-form striker Will Grigg, who had scored eight times in his last five matches, lacked a cutting edge at a windy Victoria Park.

Having been called up to the Northern Ireland squad, Grigg had to withdraw because of a hamstring injury, but the Saddlers hope he will be fit for the Good Friday trip to Yeovil.

Pools drop to the bottom of League One, having now failed to score in six matches.

"They are fighting for their lives, so we always knew it was going to be tough coming here. But it was the conditions that won in the end. The wind certainly played a big part.

"It was a scrappy affair. We didn't make the right decisions at times and our final ball was lacking. It was one of those days, but it's another point to our tally and away from home too.

"To be 10 games undefeated in this league is no mean feat. And, with six games to go, and 18 points up for grabs, we'll keep battling on."