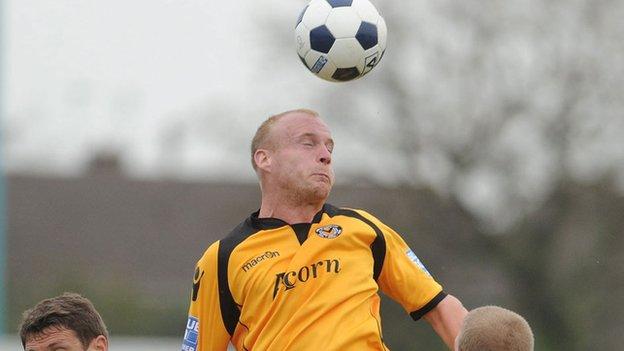 The midfielder directed a reflex header into his own net from Alex Kenyon's cross on the hour mark.

The result is a serious blow for Newport's promotion challenge, with the Exiles facing 10 matches in 26 days.

But it was a perfect start for Bogie, who took over at the Hatters following Darije Kalezic's departure in midweek.

Newport striker Christian Jolley told BBC Radio Wales: "There were a couple of penalties that I thought were outright penalties that didn't go our way today and that's the difference. They nicked a goal and we were struggling at the end.

"I thought they were definite penalties. It's difficult to swallow, but we've got to try and win the game ourselves and not rely on the referee to possibly do the right job for us.

"I know we're talking about ifs, buts and maybes but they're big decisions and they went against us today."