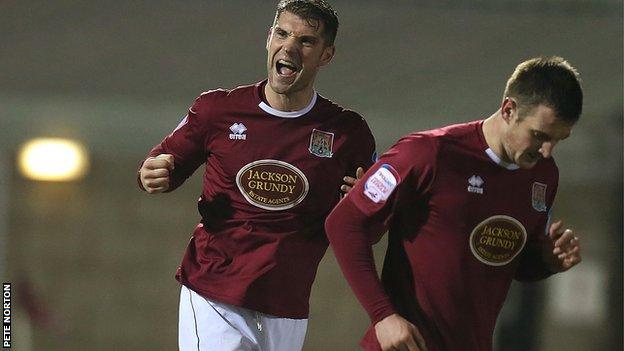 Ben Harding struck the only goal of the game as Northampton Town kept their hopes of automatic promotion alive at the expense of Oxford United.

There were openings at both ends after that with Oxford's James Constable denied three times by Lee Nicholls.

As they pressed, Adebayo Akinfenwa wasted a great chance for the Cobblers.

The win lifted Northampton up to fourth in League Two, just a point behind Burton and two behind second-placed Port Vale, while Oxford stay 10th.