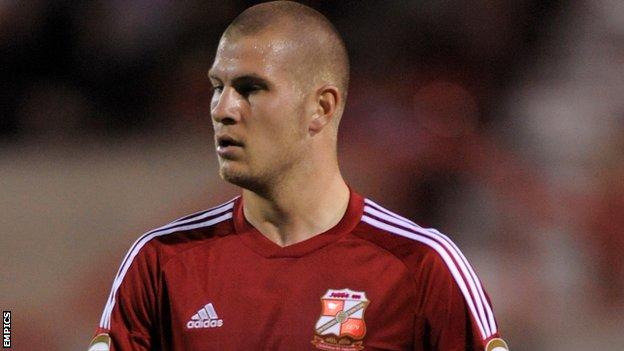 Swindon moved up to second in the table despite being unable to break down a determined Notts County side.

Alan Judge's curling effort for the visitors was tipped over after the break and Enoch Showumni hit the bar from the resulting corner.

Adam Rooney then headed against a post for Swindon and Bialkowski stuck out a leg to superbly deny James Collins.

The home side had reason to feel dissatisfied when the final whistle was blown, having been unable to provide the quality of finish to match their endeavour, but the draw left them above Bournemouth and Brentford on goal difference, five points behind leaders Doncaster.

"We felt we did enough to win the game, their goalkeeper made two or three great saves.

"The players are disappointed, I'm disappointed. It's up to us to take our chances next time.

"The most difficult thing in football is to score a goal and we weren't good enough to do that today.

"We now look forward to the Easter programme."