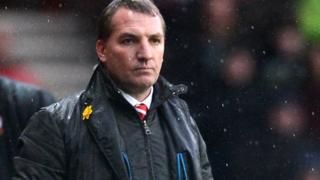 Liverpool boss Brendan Rodgers says his side did not reach the level of performance they have achieved in recent matches during their 3-1 defeat at Southampton.

Goals from Morgan Schneiderlin, Rickie Lambert and Jay Rodriguez won the game for Saints, with Philippe Coutinho replying for the visitors.

Rodgers said his side "did not get going" until they were 2-0 behind, while the win moves Mauricio Pochettino's side seven points clear of the relegation zone.