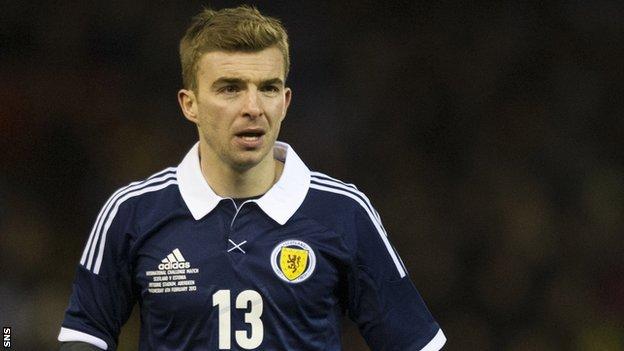 West Brom midfielder James Morrison has been ruled out of Scotland's World Cup qualifiers against Wales and Serbia.

Morrison suffered a hamstring injury playing for his club against Stoke at the weekend.

The 26-year-old is the fourth player to pull out of the squad after Ross McCormack, James Forrest and Danny Fox withdrew on Monday.

Norwich defender Steven Whittaker and Aston Villa midfielder Barry Bannan have been called up to the squad.

McCormack sustained a head injury playing for Leeds against Peterborough while Fox has a thigh injury which has kept him out of Southampton's last two matches.

Celtic winger James Forrest was ruled out of the double-header with a back problem.

Hoops manager Neil Lennon said: "He may need an injection in his back which might keep him out for another couple of weeks.

"It is a concern for him, I don't think he is fully developed yet. Once he fully matures physically, you are hoping these things settle down.

"Hopefully it won't require surgery, it may just need some more manipulation in some areas."