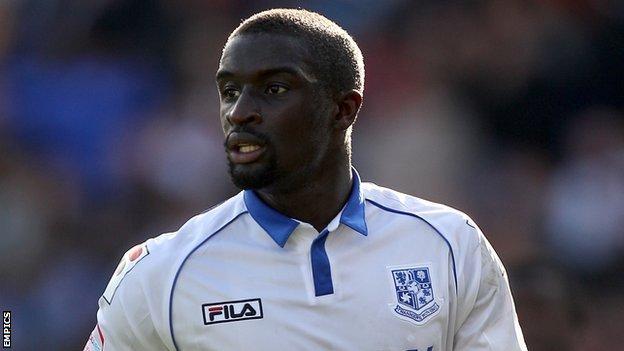 Zoumana Bakayogo's double helped lift Tranmere into the League One play-off places as managerless Stevenage slipped to a 15th defeat in 19 games.

Luke Freeman levelled for the visitors with a well-hit free-kick.

But Ben Gibson latched on to a loose ball to reinstate the Rovers lead before Bakayogo capitalised on poor defending for his second.

Jean-Louis Akpa Akpro almost added another in a goalmouth scramble as Tranmere, rarely troubled in the second half, climbed above Yeovil and Sheffield United into fifth.

Defender Mark Roberts took caretaker charge of Stevenage, who are likely to name a new manager to replace Gary Smith this week in an attempt to halt their alarming fall down the table to 15th.