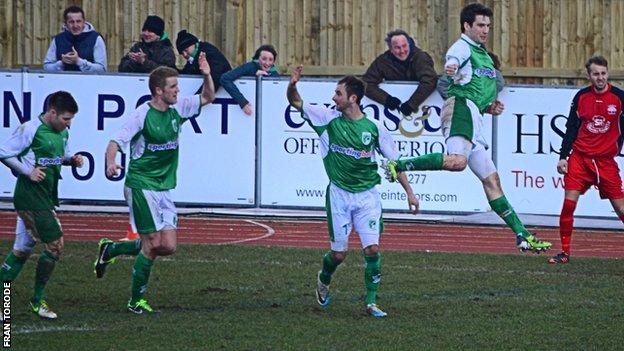 Guernsey FC moved up to seventh in the Combined Counties League Premier Division after a 1-0 win over South Park at Footes Lane.

Top-scorer Ross Allen netted his 38th goal of the season 14 minutes from the end to seal the win.

But the islanders struggled at times against South Park side that narrowly missed out on making the first round of the FA Cup.

Goalkeeper Chris Tardif was named man of the match after a string of saves.

"We told the lads so at half time and questioned whether they were happy with that performance.

"Something had to change, but while technically we didn't change that much, I thought we were much better defensively, people put their bodies on the line.

"Tardy made some great saves, and you know what, that gets you a 1-0."