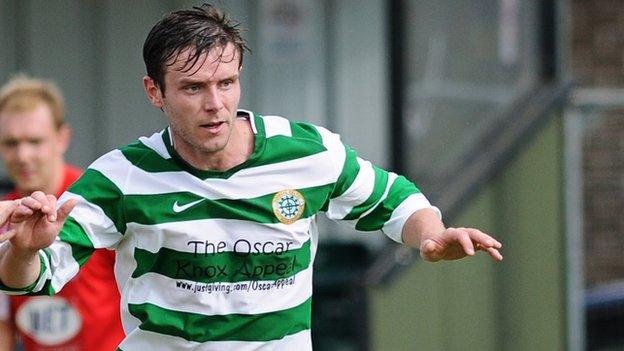 The Crues have revealed that the 30-year-old former Cliftonville player has signed a pre-contract agreement and will join them in the summer.

Cleary, who scored a crucial goal for Donegal Celtic in Saturday's win over fellow strugglers Lisburn Distillery, has agreed a two-year deal at Seaview.

"We have maybe lacked that a bit this season," he said.

"I have admired Sean for some time now and he will bolster us."

Cleary was recently in the news when he got sent-off after taking his shirt off while celebrating a goal.

He had already been booked in the league game at Ballymena and was dismissed for getting a second yellow when his penalty earned a 2-2 away to Ballymena.