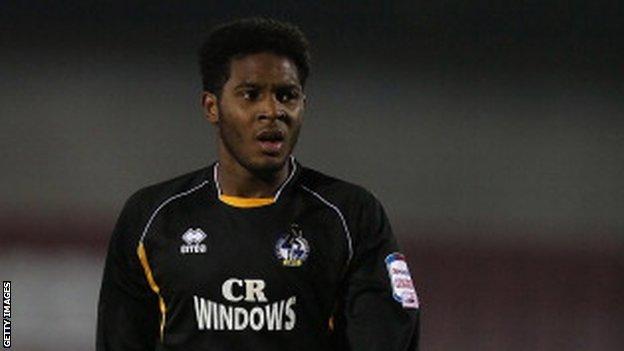 Two second-half goals by the 19-year-old, including a fine 20-yard strike, gave Rovers a 2-1 win in League Two on Saturday.

Ward said: "Ellis has got a maturity about him and his contribution is terrific.

"He's got a good future and let's hope we see a lot more of him here."

Rovers have been resurgent since Ward took charge in December, climbing out of the relegation zone and up to 14th.

Coming to games when I'm selected, I feel on top of the world. I just don't want the season to end at the moment.

Ellis, who was playing just his ninth game for the club on Saturday, said: "The whole atmosphere in the dressing room is just outstanding at the moment and hopefully we can just keep going.

"Coming into training, I'm just loving every minute of it. Coming to games when I'm selected, I feel on top of the world. I just don't want the season to end at the moment.

"We are always looking above rather than below. We've just got to keep getting results and hope teams don't get the same good results as us."

"I've just got to keep playing games and enjoy it," he said. "That's what the gaffer tells me every day - go out and enjoy it.

"That's what helps me along and keeps me confident. You've got to try things. If you don't try things they don't come off."