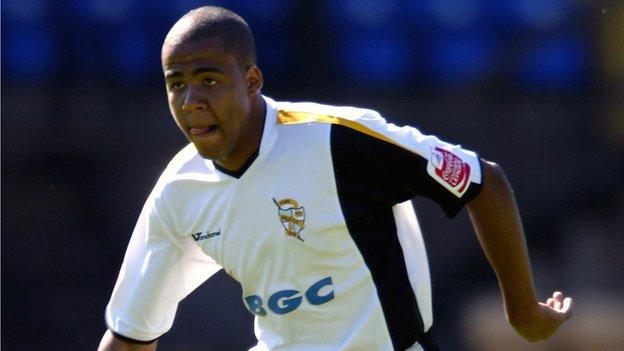 Blue Square Bet Premier strugglers AFC Telford United have bolstered their squad for the final push in their fight against relegation.

Former Port Vale, Wrexham and Chester midfielder Christian Smith has been signed until the end of the season.

Smith, 25, who has been playing for Nantwich Town this season, is expected to figure in Tuesday night's trip to promotion-chasing Macclesfield.

Telford will be bidding to avoid an unwanted record at the Moss Rose.

If the bottom side fail to beat Macc, they will equal the 26-game winless run of AP Leamington back in 1981, still a Conference record.

Despite being nine points adrift of safety with only seven games left, Telford go into Tuesday night's game on the back of Saturday's spirited revival at Woking when they came from 3-0 down to pull it back to 3-2, only to get cruelly hit by two late goals.

Smith is John Psaras's first signing since becoming interim manager until the end of the season eight days ago.

After coming through the ranks at Vale, Crewe-born Smith also spent a season north of the border with Clyde, before spending the first of two spells at Wrexham.

He also had a short stay at York, as well as loan spells at Cambridge United, Northwich Victoria, Barrow and Tamworth, before helping Chester to win promotion to Blue Square Bet North last season.