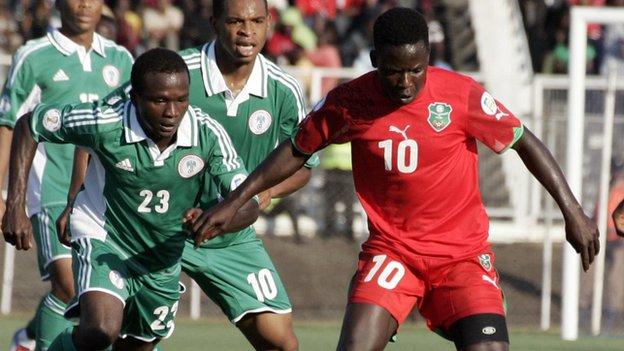 It is Ng'onamo's first test in his attempt to earn a contract at the end of June, and he has immediately put his mark on the 20-man group.

But first choice goalkeeper Simplex Nthal is unavailable because of injury.

Nthala suffered a fracture on Friday while in training with his Mozambican side Liga de Malcumana.

Local players midfielders Micium Mhone and Frank Banda are also injured, while Davie Banda is omitted because he has been out of action at his club Red Lions for indiscipline.

Striker Robin Ngalande has been dropped following alack of game time at his South African Premier League side Bidvest Wits as has defender Foster Namwera, who has since left for trials in Mozambique.

Ng'onamo has been challenged to win the Flames' next three World Qualifiers to be awarded a contract and is aware of the difficulty of the task ahead.

"I feel that I have a good squad because there has been competition for places and I have picked only those that have impressed,£ he said.

"It is not time to look at history but what is happening now. So, if someone used to do well in the past but is currently not in form then he has no room in the squad.

"We have a little bit been hit by injuries but I have confidence in those that have filled the positions."

Ng'onamo will be making a return to the Flames top job having taken temporary charge for almost a year between 2003 and 2004 following the end of the reign of Danish coach Kim Splidsboel.

Joseph Kamwendo, meanwhile, has been named as captain with Lucky Malata, who has earned his place in the squad for the fist time following an impressive season at his local club Silver Strikers, named vice captain.